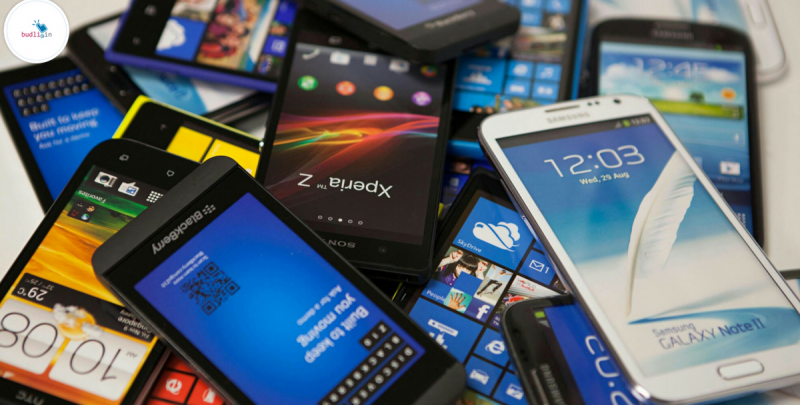 Thinking about buying an iOS or Android smartphone? Check this latest report published by The Mobile Device Repair and Security which states the worst-performing smartphones of Q4 2017 along with its failure rate. 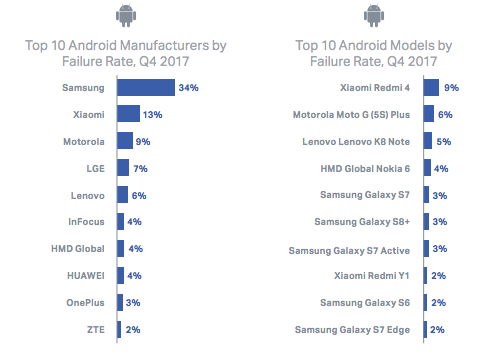 Samsung and Xiaomi are two of the highest selling Android smartphone brand with a variety of models in-store which is one of the reasons which both these companies made it to the latest reports on worst-performing smartphones of Q4 2017. Samsung managed to decrease the failure rate of its various smartphone from 61% in Q2 2017 to 53% in Q3 2017. It managed to pull off the failure rate of 34% in Q4 2017. Xiaomi secured the second position with 13% while Motorola made it to the third position with a 9% failure rate.

Other smartphone brands included in this category are Lenovo, HMD Global, Infocus, ZTE, OnePlus and others. Huawei surprises everyone after being named as the eighth brand in this category with a 4% failure rate.

When it comes to individual models, Xiaomi Redmi 4 secured the first position with a 9% failure rate while Motorola Moto G (5S) Plus made it to the second position of 6%. The category of Top 10 Android models by failure rate in Q4 2017 was dominated by Samsung with five models tagged while Xiaomi had two different models along with one from HMD Global Nokia, Lenovo, and Motorola. 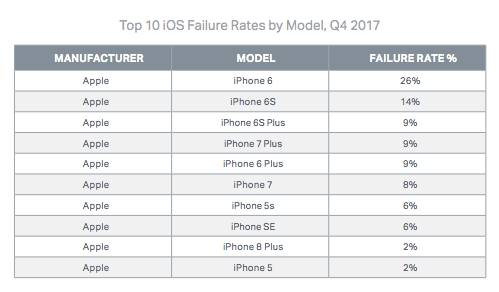 Further, the report named Apple iPhone 6 as the worst-performing smartphone with the highest failure rate of 26% among others in all Apple devices followed by iPhone 6S (14%), iPhone 6S Plus (9%). Interestingly, iPhone 8 Plus and iPhone 5 suffered a failure rate of 2% as of Q4 2017.

The researchers studied the elements that are causing much irritation and annoying the users and found out 27% of the Android devices were affected by its various performance issues since the majority of Android smartphones are available at affordable price segment. Further, issues related to the camera (5%) followed by the microphone (4%), headset (4%), and speaker (3%) which the top 5 factors behind worst-performing Android smartphones.

When researchers studied the various iOS devices, they found no performance issues, however, they found issues that led to its failure i.e. Bluetooth (3%), Wi-Fi (3%), mobile data (2%), headset (2%), and receiver (1%). Performance of Apple iPhones has been incomparable to other smartphones because Apple exercised control over its hardware and software components which enables it to keep the optimum quality of output at all-time which isn’t the case with Android smartphones.