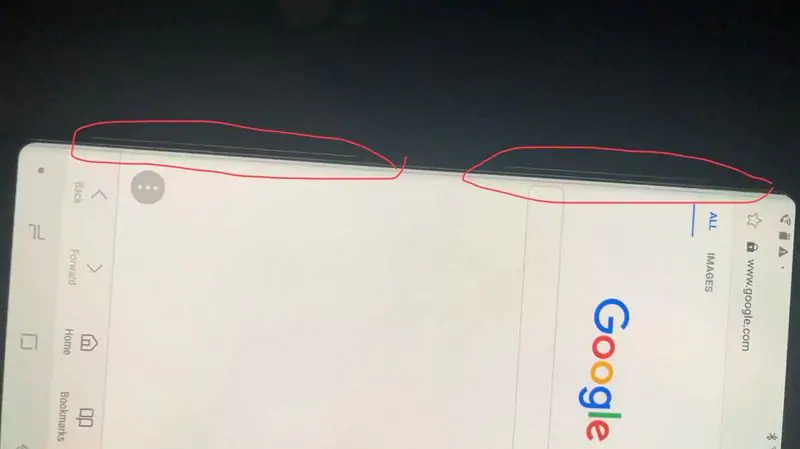 Samsung Galaxy Note 9 is been crowned as the best Android smartphone of 2018. It has the best display compared to any other smartphones currently in the market and there’s more to it. After the Samsung Galaxy S9 failed to set a mark as per what Samsung expected to it, there’s something for Galaxy Note 9 that could discourage buyers from using it too.

According to a report published by Android Police which noticed the issue, you can spot a minuscule line running through the left edge of the display appearing as if the light is leaking. It further stated that one of the review units had the problem and that is why a co-worker on Android Police actually had to swap five times to get a Note 9 without this issue which is not easy to repair.

As said, the clear minuscule line appears on the left edge of the display where it could be an internal reflection in the glass or it could be the tiny gap between where the glass ends and the bezel starts where the light seems to be projecting or leaking out creating and it is distraction since once you see it, you can’t unsee it because it is there and it is going nowhere, although it would affect the usability of the phone in any sense. Further, the teardown report by iFixit on Samsung Galaxy Note 9 states that the device has a repair-ability score of only 4/10 citing its various components are tightly glued and reglued and other methods that make it difficult to repair it.

The problem seems to be a common occurrence on Samsung ever since it started using curved display such as in Galaxy Note 8, Galaxy S9 and even as far as Galaxy S6. But it is one of the issues which remained under wrap for so long and went undetected ever after being there for years now. Many high-end smartphones tend to have such undetected issues but since this particular issue doesn’t impair or affects the usability of the display on Note 9, it is good to go for now. Samsung has been notified about the issue as of now.