With over 100 million users, Vault is yet another great choice if you are looking for a photo and video hiding app on your Android smartphone. It lets you do a lot of things starting with locking photos and videos, SMSes, Calls, incognito browser mode, and more. The best thing about it is that all the stuff is properly organized in the categories that are SMS and Contacts, App Lock, Video, Photo, Private Browser, etc which makes it easy even for a newbie to do a lot of tasks without any reference to ‘how to do it’ that you would find online.

The interface is similar and calls it more user-friendly and attractive than the simple AppLock available on the Play Store. It lists all the apps in an intuitive screen and works wonderfully as you can actually hide the Vault app from people as well. It shares many features with other apps like KeepSafe and AppLock that makes it a one-stop-shop for everything you are looking for in an app that prevents intruders and is easy to use. 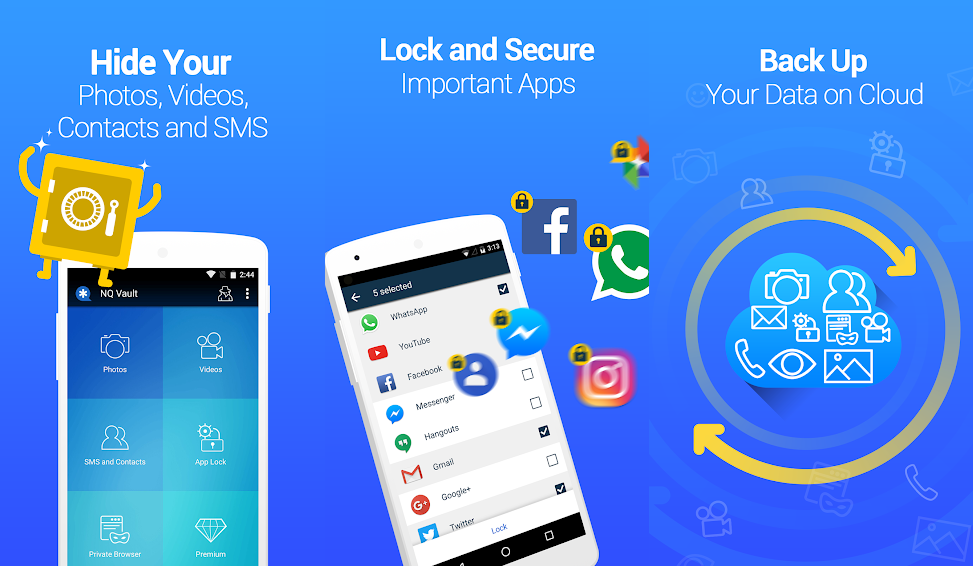 To commence with, it locks the selected photos and videos that would open only if you enter the required password or biometric that is a fingerprint. It shares access to a Cloud Space that strengthens its protection against unwanted intruders that could spy on your private data. Then, it hides all the call logs, contacts, and SMSes which is really important since anyone could make a note of it and use it for any unlawful activities. Then, it shares a trait from KeepSafe i.e. it allows users to access private browser which is although included in built-in browsers such as Chrome or Mozilla Firefox or UC Browser, but it is more secure and leaves no sign of any kind whatsoever.

Moving further, we have an intuitive App Lock feature that allows users to lock down some apps and features such as Gallery, Facebook, WhatsApp, and others that could possibly land you in the browser if used illegally or unethically. It pairs the device with Cloud Backup that takes a backup of all the data so that you don’t have to worry about a deleted message or photo while not needing to keep it saved and consume memory on your device too.

There are a bunch of other features such as password recovery, data transfer over cloud backup that allows old to new phone data transfer.

What does it’s paid version offers? 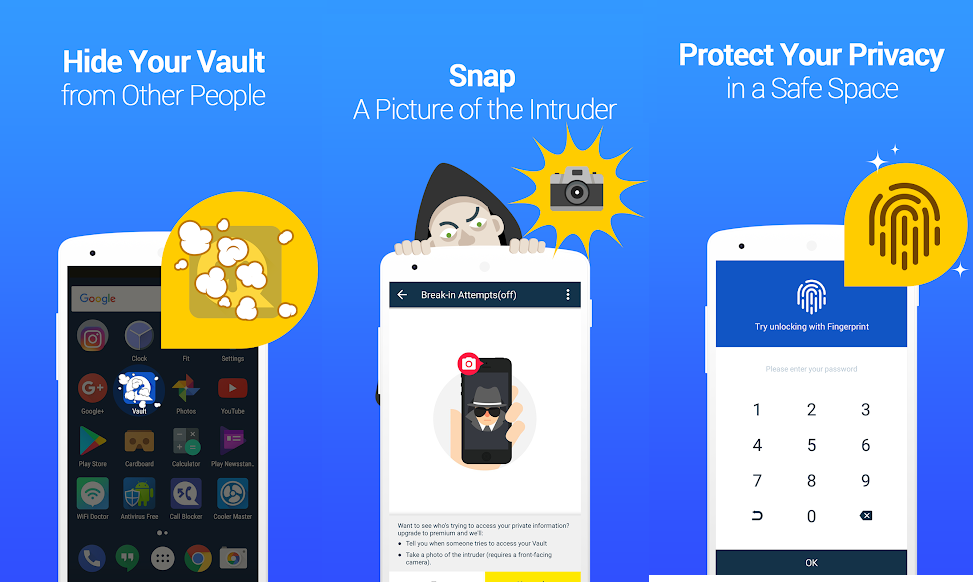 If you are looking to get more secured the features I just mentioned above, you can surely opt for a paid version which has several add-ons apart from the features that I just discussed above. It has a break-in alert feature that snaps photos and other details about the intruder while its stealth mode camouflages the app from the desktop thus, no one could know if there’s an app called Vault installed on your phone. Then, we have several decoys that you could use to trick someone without revealing the real app.

To Conclude:
Finally, the conclusion but do you know, it is really difficult to conclude on a single photo and video hiding app when you have created a list of top five best apps to do the task. Vault is much similar to both AppLock and KeepSafe in terms of features and therefore, you can actually choose this app and not others. Well, do let us know which app you find really helpful.
Download the app here –> Vault – Hide SMS,Pics & Videos,App Lock, Free backup or you can check out the Top five best photo and video hiding apps for Android 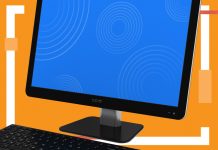