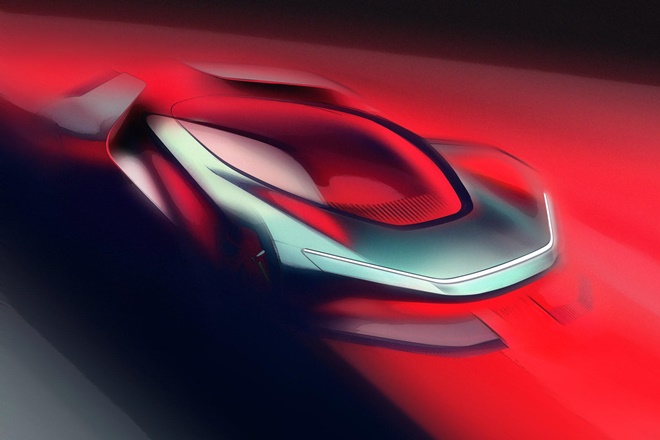 After Tesla made Electric Vehicles (EV) stylish, powerful, efficient and emission-free, many automobile manufacturers have started developing their own EV that could outsmart Tesla’ cars. Pininfarina, the brand that gave Ferraris its mesmerizing looks, the brand that worked with several top automobile brands has finally entered the electric car industry after it recently teased its PF0 electric hypercar which is slated for 2020 launch. The beast packed inside a sleek designed automobile has impressed a lot of car enthusiasts and experts with its design and ‘performance numbers’ which are path-breakingly impressive.

Pininfarina PF0 electric hypercar will leave Tesla Roadster riders a tough time with a 250 mph of top speed and can reach at 60 mph or 100 kph in just two seconds or less. The car comes with 310 miles of driving range combined with all the features that make it a car that can hurtle through the traffic of cities to driving on expressways simply with a press of a throttle that gives it the immense power to achieve higher speed without wasting any time in-between.

The manufacturer is looking forward to providing PF0 with the ability to charge its battery to 80 percent capacity in just 10 to 15 minutes so that the buyers can hit the road without stopping much. Pininfarina will encase its batteries in a central battery tunnel low enough to the ground to reduce its center of gravity while Tesla mounted all its batteries on the floor to create space for passengers. Apart from the roaring engine, the interior technology is something other high-end brands will have to sign up for so that Pininfarina could integrate the interior onto its PF0.

PF0 is a high-end premium electric hypercar designed and developed by Pininfarina while other companies will create its interior. But it won’t be cheap because as per the experts, the Pininfarina PF0 is estimated to fetch a mind-boggling $2 million to $2.5 million. To put things into perspective, the most expensive production supercar Bugatti Chiron comes with a price tag of $3 million which means, PF0 is exponentially expensive and there will be only handful units available for high-paying business tycoons and abundantly rich people across the globe.

PF0 will show its first-ever peek at the Pebble Beach Concours d’Elegance in August year which will be limited to only rich potential clients while others will have to wait till 2019 Geneva Motor Show that will be held in March for the first ever official appearance to the public. Pininfarina is an Italian brand and it will have to convince people by integrating top-class interior and more before they pay such a huge check for an EV.