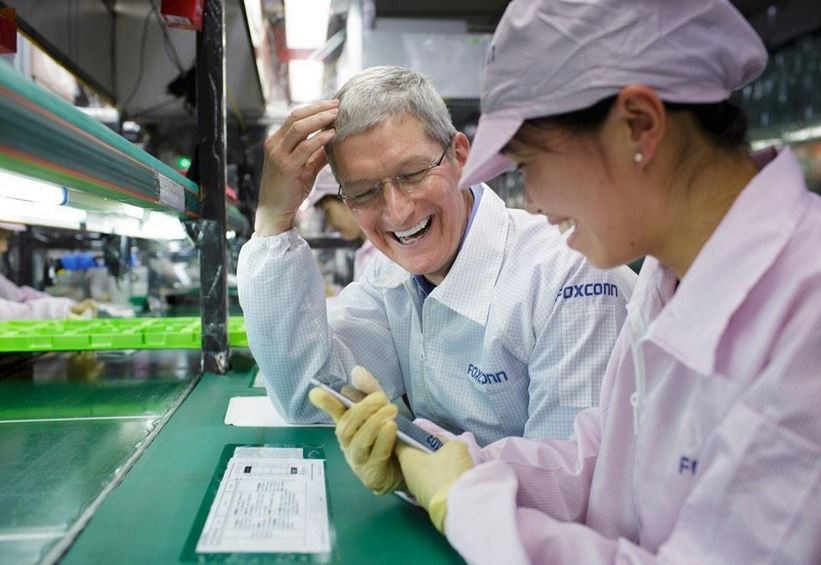 Apple might disappoint the consumers after its next iPhone models launch this fall. As per the latest report, Apple is looking forward to extending its partnership with Wistron which is a China-based manufacturing company similar to Foxconn. This move will enable Apple to squeeze more juice out of these supply chains as it will involve fierce competition between Wistron and Foxconn to offer an iPhone unit at the cheapest price. Although this would increase the revenue per unit for Apple, it might affect the trust consumers have on the purity of iPhone products which is one of the few reasons why iPhones are among the top selling smartphones.

Assuming that Apple practices competition between Foxconn and Wistron, it will enable the tech giant to lower the bill of materials if these suppliers agree with the guarantee of said volume of iPhone order every year or so. But that’s not all. Apple is looking forward to organizing internal competition between LG and Samsung which are among the top supplier for its OLED displays mounted on iPhone X and iPhone X Plus (2018). Further, Apple might also let Qualcomm and Intel pick on each other thereby reducing the cost of cellular modems that all iPhone users. The collaborated effect of these competitions will help Apple squeeze larger margins and revenue per handset from its suppliers. It will bring down the cost of materializing an iPhone unit but it might affect the simplicity of an iPhone.

A smartphone has combinations of various components, internal parts mounted on its IC or PCB that offers varying degrees of power, battery life, quality, etc and with such competitions between its suppliers, Apple users might not be able to get the best smartphone valued for their money invested assuming that every latest iPhone model is launched with a price tag of over $750 to $1000 and more.

An iPhone handset assembled with different components from different suppliers might increase the anomaly such as some might have screens with reduced viewing angle, some handsets might draw more power as opposed to the usual consumption, or any other complications. Apple will reportedly launch three more iPhone models this fall and that is when consumers will come to know if they are lucky enough to buy a good iPhone or if they stumbled upon a model made up of components from different suppliers which are low on hardware even after they spend over one grand buying it.