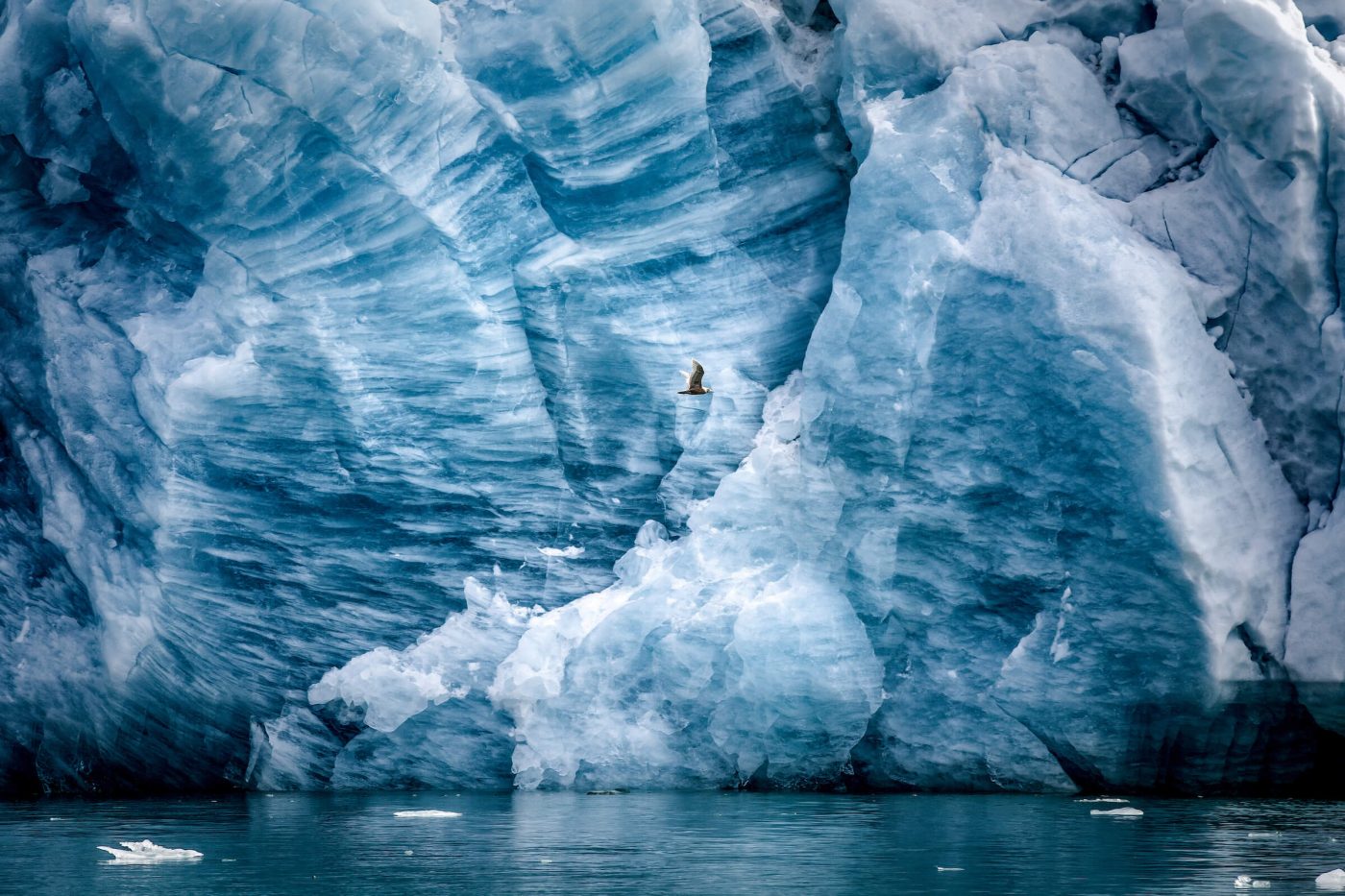 The environmental crisis posed by our planet is a result of human activities which is not something new and many pieces of evidence have emerged validating the same. A recent observation of a gigantic iceberg near the village of Innaarsuit in Greenland could be assumed as the visual representation of the impact made by the man-made environmental crisis on Earth. The iceberg has moved considerably closer to the village located on Greenland’s west coast and poses threats to the life of around 170 residents of the village. The primary concerns emerging from the observation of the iceberg were identified in the form of possibilities of the iceberg cracking open resulting in a threatening tsunami wave. These possibilities came into account profoundly after an incident last summer wherein an unprecedented tsunami wave claimed four lives after flooding Nuugaatsiaq, a western Greenland village.

The image of the iceberg was released by the European Space Agency on Tuesday. As a result of the threat posed by the iceberg, several residents have been shifted to higher ground as a response to the news reports published last week. The image was captured by the Sentinel-2 satellite of ESA on July 9 and it reflects the multitude of other massive icebergs in the nearby region. In a separate publication, Greenland broadcaster KNR showed a video captured by a resident in which, a huge iceberg was observed drifting close to the village in time-lapse. The reports published by KNR also suggested that elevated tides and strong winds could have been responsible for the movement of the iceberg in the northern direction.

In the statement made by KNR, town council members stated that this isn’t the first instance when a glacier came closer to the village albeit being the largest to be ever identified at a height of 300 feet. According to a researcher at the New York University, Denise Holland who had been involved in field campaigns to Greenland for almost 10 years, this giant iceberg is considered as unstable. The profound threat that this iceberg poses is identified in the form of possibilities of the iceberg breaking into large pieces that can result in tidal waves that could damage lives and property.

Since the weekend, the situation in the Innaarsuit village has been improving as the iceberg tends to move in the northward direction. After assessing the situation, evacuation orders were lifted by the authorities. However, the power plant situated in the village is included in the new danger zone thereby implying that the village is still subjected to danger from this nearby iceberg. This event marks the potential long-term consequences of climate change and environmental crisis which when left unattended, could worsen further and put many lives in jeopardy.