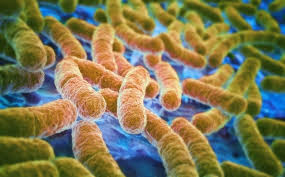 A mother died of the same E. coli infection that killed her 4-year-old daughter 4 years ago in west central Minnesota. Karen Odens, aged 39 years old died on July 14 from the same conditions of an E. coli infection that she got while giving the extensive care in the year 2014 to her daughter, Sophia. The bond of mother and daughter was inseparable and they did everything together from playing with dolls, dressing up together for Halloween, and other games both indoors and outdoors, said Odens’ husband Ed Welke.

After the death of their daughter, Oden struggled with post-traumatic stress for a long time and was hospitalized more than 30 times because of the complications from the infection she had developed. After Sophia’s death, it has been a really long journey for both Ed and Odens but they hardly could figure out what Sophia ate that caused her the infection of E. coli OI57 strain.

Ed hopes that other people will learn from this incident and wash the vegetables and fruits along with other food items before cooking and cook it properly and take other precautions at the same time so as to prevent the food-borne infections. Minnesota is used to E. coli outbreaks because it occurs almost every year because of eating contaminated food that consists of bacteria.

The outbreaks of E. coli have been confirmed to be nine in the year 2015 in Minnesota and all of the cases were traced from restaurants, day-care centers, and even a county fair, as stated by the Minnesota Department of Health. This year more than 12 E. coli infections have been traced along with two deaths in Minnesota to make it a national outbreak and the cause was linked to the contaminated lettuce that was grown in the southwestern United States.

The symptoms of E. coli infection include severe stomach pain along with diarrhea. It can also be related to the condition known as the hemolytic uremic syndrome that can get you serious kidney problems if not treated in time.

Can Nickelodeon Replicate The Curious Charms of ‘The Crystal Maze’?