A number of food additives can have disastrous effects on health, particularly for children, as stated in a policy statement and report released on Monday by the professional medical organization. The American Academy of Pediatrics is now spreading awareness of the dangers caused by the common food additives used in foods and packaging. The academy also called for an unusual overhaul in how the regulation of ubiquitous chemicals is done by the federal government.

The report separates all the groups of additives among more than 10, 000 that are used for the preservation methods in the U.S. along with modifying, packaging the foods. Some of the food additives include bisphenols such as BPA, PFCs, nitrates, phthalates, perfluoroalkyl chemicals, and artificial food colorings that are used massively. According to research, these chemicals can prove to be dangerous for the endocrine system, and the network of glands that secrete hormones that regulate everything from childhood development and metabolism, and the sleep cycle, etc.

These chemicals can cause a number of health concerns, especially in children. Phthalates and bisphenols are reported to have substances that can negatively affect or postpone puberty and raise the risk of obesity, infertility, and other conditions as well. Exposure to PFC can certainly damage the developing fetuses and can also lead to a low birth weight in infants, it can also affect the thyroid with an increased risk of immune, bone, and muscle issues. Food additives in the form of nitrates have been associated with certain cancer types and food coloring are believed to play a vital role in worsening the attention-deficit/ hyperactivity disorder or ADHD.

According to the lead author of the study, Leonardo Trasande who is also a member of the children’s environmental health at NYU, even the smallest disruptions at key moments during the development can come with lifelong consequences. Some of the most dangerous chemicals in these groups have been banned and restricted from using in the children’s products and other similar chemicals are still widely used in the remaining or adult products. 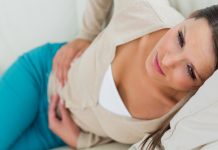