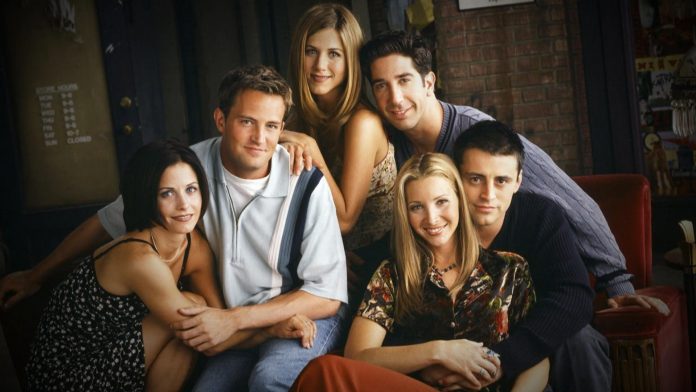 It has transpired that actor Matthew Perry was always in love with his partner in the series, Courteney Cox.

According to reports, Matthew Perry “has always been in love” with his co-star of Friends, Courteney Cox.

According to Us Weekly, the 50-year-old actor, who played Chandler Bing in the hit series, fell in love with his co-star. The two played a happily married couple on the television show, but a source said he expected real life to follow the script, saying “Matthew has always been in love with her.”

The source also revealed that “Matthew could never overcome it completely.”

Cox, 55, recently posted a photo of her and her television husband on her Instagram account, revealing that they caught up to lunch.

“Guess who I had lunch with today… I KNOW! Could I be happier? #Realfriends” , captioned the photo.

She has been dating Snow Patrol guitarist Johnny McDaid since 2013.

Perry has had several romances with high-profile stars, although it has not yet been established. He dated Julia Roberts and Yasmin Bleeth in the mid-1990s. His most recent affair was with Lizzy Caplan, with whom he dated from 2006 to 2012.

There are still no details on how the project would look, but apparently it would present stories and memories of the whole of the popular sitcom.