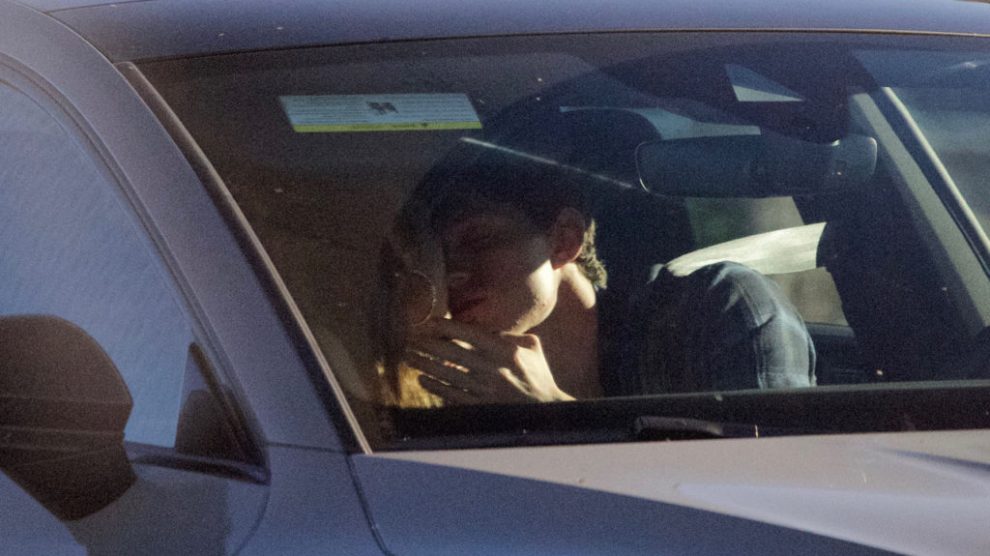 The Spider Man duo- Zendaya and Tom Holland were recently caught together sharing a kiss in Tom’s Audi sports-car. They were clicked kissing inside the car and smiling and laughing with each other at a red light in Los Angeles on Thursday.

The two stars, who are shipped by the entire world, were clicked so many years after denying the romance between the two. Well, the recent images show that they indeed are a couple and the steamy make-out has fueled their relationship rumors.

Tom was holding Zendaya close to her with his hand on her. However, it wasn’t all about their steamy chemistry, but the goofiness that they shared is admirable. The 24-year-old singer and actress Zendaya and Spider Man Tom were seen smiling and sharing goofy and silly look, which certainly proves that the two are highly likely in love.

Other than that, as per the reports, Tom and Zendaya were also seen in the Silver Lake neighborhood of LA, near the residence of Zendaya’s mother- Claire Stoermer. The same day, Claire was also reportedly seen walking out of her place with the new couple. It certainly depicts the Tom and Zendaya’s relationship is getting serious with time.

According to the reports, an insider confirmed the news about the two stars dating and said, “They’ve been super careful to keep it private and out of the public eye, but they’ve gone on vacations with each other and try and spend as much time as possible with one another.”

Needless to say, fans are freaking out about the confirmation of the most anticipated couple in the town, who have been shipped by the world since they first appeared together. One of the fans wrote on Twitter, “My whole TL is filled with Tom Holland and Zendaya and i’m not complaining about it… I’ve literally been shipping them since 2017 and it sailed now.”

On the other hand, it’s quite shocking for some people not because Zendaya and Tom have started dating, but because most people thought they already were. “I actually thought that Tom Holland and Zendaya were already dating wtf,” wrote a fan on Twitter.

Meanwhile, some people felt that it was supposed to happen. Another tweet read, “I don’t get why everyone is surprised with Tom and Zendaya. I mean, we all literally saw it coming???”

The post Zendaya and Tom Holland caught kissing! by Mike Butcher appeared first on The TeCake.