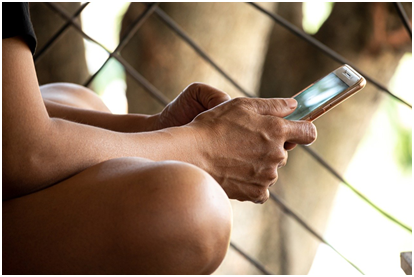 Chinese games developer Tencent is on a roll. The company spent summer 2020 shopping – for European video game start-ups. The latest involves a minority stake in France’s Voodoo, a mobile game developer since 2013, who have been valued at just over €1 billion. To outsiders, the investment would seem bizarre, but for those following the movements of global gaming giants, it is emblematic of Tencent, who have been investing in European gaming developers for some time. Why are Tencent so keen on investing in Europe’s gaming houses?

Tencent’s spending spree included France’s Ubisoft – who make Assassin’s Creed, Far Cry, and Just Dance – as well as Finland’s Supercell, who make Clash of Clans. They already purchased Riot Games, who make League of Legends, so these latest acquisitions show that the company anticipates growth in the gaming sector across Europe. Voodoo is a formidable purchase, with them having attracted around one billion players globally.

Tencent is looking to acquire a minority stake in Voodoo, a French mobile game developer. Being reported by Bloomberg sources and Sina News.

Voodoo is known for hyper casual games such as Helix Jump. Valued over $1.6bn.

Tencent has previously invested or bought up elsewhere in Europe, which is pioneering new formats in the world of gaming. February 2020 saw them buy an investment in Spec Ops’ developer, Yager Development, based in Germany. An October 2019 investment saw Tencent score a 31% stake in Swedish company Stunlock Studios, who have developed games such as Battlerite and Battlerite Royale. Fellow Swedish company Sharkmob was bought up by Tencent in May 2019 before they even released a game. And they bought a 36% stake in Swedish Fatshark in January 2019.

What Do Euro Developers Have to Gain?

The draw for makers like Voodoo is that with investment from someone as prolific as Tencent, they can also be guaranteed – along with the cash injection – access to the growing Asian markets. Tencent have proven their capability in China especially with the WeChat app, which helped show how a messaging app can also be monetized and used to further commerce.

The Asia-Pacific market, in 2019, had roughly 49% of the market revenue for gaming globally. The figure is likely to have increased as places outside the major cities in China, Japan, and South Korea have seen an increase in internet connectivity, which helps increase the accessibility for people who want to get into gaming. As much as European games developers would benefit from the investment or even the buyout, Tencent will also benefit. The gaming market is often split into the West and the East, so bridging the gap between the two could help developers to find new audiences.

Indie games developers have a unique ability to access the industry in a way that was previously off-limits to those without huge amounts of capital. Crowdfunding is common in indie gaming and developing unique, interesting concepts is coming to the fore more than just having enough money to be able to do it. The more unique the concept, the wider the net for finding players – which shows why it could be useful to partner with someone who has access to a completely new set of potential customers.

Part of the reason for Tencent to be making so many purchases and investments in Europe is that the industry is set to see a healthy boom. Indie start-ups have never been in a better position to gain entry to the market and the changing face of gaming means that there are many different angles they can approach the industry from – from battle royale games to hyper-casual titles, and mobile apps to desktop PC campaigns. Mobile gaming experiences are especially seeing a rise in players.

For Asia, a rise in other forms of entertainment is also helping to create a middle ground between the geographically divided gaming markets. Indeed, the online casino industry, which is dominated by the West, is seeing a rise in Asia. For those who want to play online poker in Asia, for instance, there is an increasing number of sites vying for their custom with developments like live dealer titles. Moreover, Asian exports such as TikTok are finding audiences in the West. – despite calls from US President Trump to ban the app. By sharing entertainment pastimes, the gap can be bridged. This is what Tencent is aiming for. By partnering with European games developers, they can pool resources and audiences in order to make greater success.

The investment by Tencent into so many Euro gaming start-ups and companies with strong IP and gaming experience shows many things about the worldwide gaming sector. When it comes to making their purchasing decisions, there is no cohesive strategy – which shows what Tencent is doing. The variety of the games produced by their new portfolio spans the breadth of gaming and means they have access to many audiences. In return, they can offer the expertise of the Asia-Pacific market and the opportunity for smaller gaming houses in Europe to find swathes of players across the world. By strengthening links between Europe and Asia for gaming, the industry itself will be strengthened.