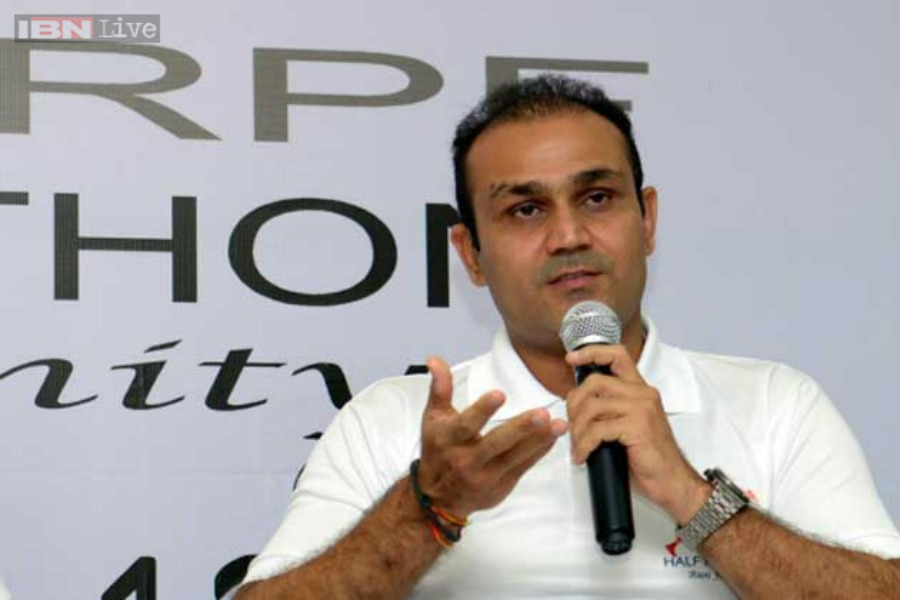 After getting dropped from 30 member squad of Indian Cricket team by BCCI, Virendra Sehwag expressed his insistence on playing for “at least the next two years.” The right-handed Indian batsman said that he might retire from the game by 2017, but he is still keen to play the game and has no plans for quitting, as of now.

“No. I am not thinking about retiring. At least not for the next two years. I am only thinking about my game at the moment,” Sehwag said  on the sidelines of a press conference. He was the judge of cricket commentary for a radio channel on Monday.

“I am still playing. And till the time I continue to play, I am not thinking about anything else. I will not consider quitting till I have the desire to play.”

He felt sorry for the audience because they won’t be able to watch him playing in this tournament. However, he has made peace with the fact that he won’t be selected. In addition, he wished luck for the selected team and said the team has a strong chance of reaching semifinals.

Mahendra Singh Dhoni will lead 14 warriors selected by selection panel that is headed by Sandeep Patil. Unexpectedly, all-rounder, player of the tournament, CWC11, Yuvraj Singh and Virendra Sehwag, one of the most senior players who led the team to win 2011 World Cup, are dropped out from the squad. Murali Vijay also was not able to make his place in the side.

“From there it depends on how the team plays in that particular match. The youngsters of the team are good. We have a good batting line-up. No effect on current form would fall in the World Cup, especially for batsmen. The team would try to produce their best irrespective of the form.”

“In the 2003 Cup in South Africa, not many gave us a fighting chance of playing well, but we managed to reach the final. We are still the defending champions. In cricket up and down in the form happens. The players don’t worry about it too much. They focus on their performance because they need to play well even after the World Cup to remain in the team.”

The most remarkable aspect of Sehwag’s career has been his ability to build massive scores at breathtaking speed. He holds the Indian record for the highest number of Test double-hundreds, and fell seven runs short of becoming the first batsman to score three triple-hundreds in the history.