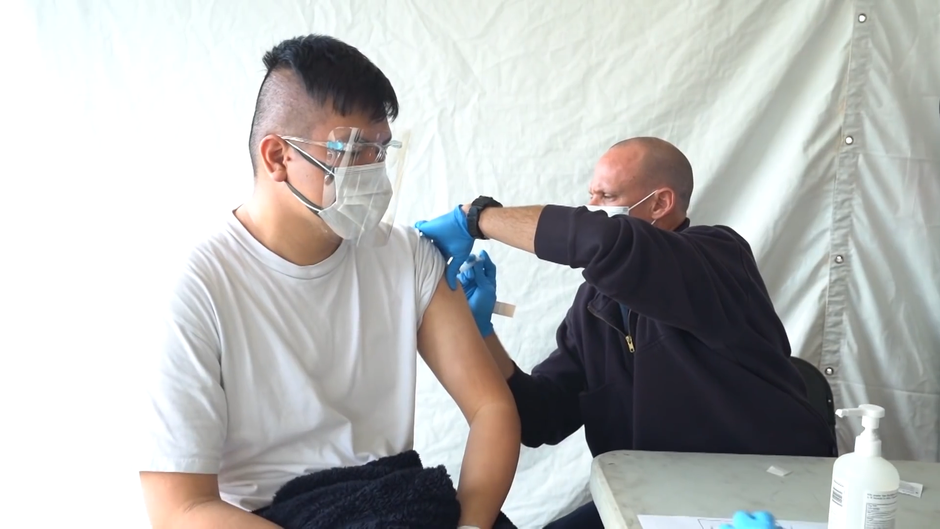 Although FDA stuck down booster proposal for the general public by a large margin for the age up to 16 years and more, the shot has been recommended for the elderly and immunocompromised populations in the U.S.

FitzGerald explained three reasons behind this decision, “One, the evidence just wasn’t there. A lot of the evidence was in that elderly population which guided them.” This statement proves that data on the effectiveness and necessity of booster shots is not fully completed and may also take several months to collect and complete the data before the vaccine becomes recommended for the general public. Lack of data forced FDA to conclude that more research before releasing the booster shot again for the general public.

Secondly, the vaccines have effectively reached public health benchmarks as the primary objective to prevent hospitalization and deaths has been fulfilled as 90% of north areas are vaccinated. So for focusing on people who are still riskier, they rejected the proposal of booster shot in the general public.

Now here’s what we should know about the new federal COVID-19 vaccination mandatories.

Who is eligible to get a Pfizer booster shot?

Under the guidelines issued by the Centers for Disease Control and Prevention (CDC), people who are immunocompromised can go out now to get a Pfizer booster shot. But due to rejection imposed by FDA, the dose is not available for the general public except elders and the immunocompromised population. The CDCs recommends the Pfizer vaccine shot for those 12 and older. Moreover, CDCs also recommend for Moderna vaccine for 18 years and older.

Why should we get a Pfizer booster shot?

If you are fully vaccinated with COVID 19 vaccination shots that are highly effective in reducing the risk of severe disease, hospitalization, and death, then it will also protect you from infection and especially against serious illness.

But, recent studies suggest that the effectiveness of the COVID 19 vaccine may be decreased in six to eight months. So, it is good to get a booster shot to maintain high levels of protection against COVID 19’s infections.

To maintain immunity power, everyone should get a Pfizer booster shot.

When will a person be able to get a Pfizer booster shot?

The timing has not been declared yet. But back in August, Biden stated in a speech on federal vaccine mandates that government health officials recommend that those fully vaccinated be eligible for a Pfizer booster shot right after eight months after their last dose of COVID 19 vaccine. All you have to do is to wait for approval from the FDA and Centers for Disease Control. As soon as they get approved, those eligible will be able to get a booster right away.

Since Biden first announced booster plans, the launch date has been postponed. Pfizer’s report was submitted to the FDA requesting for the availability of a booster dose to most people 6-8 months after their second dose. The first step in the vaccine release will be for the FDA to amend its vaccine approval. Then a CDC advisory committee would have to recommend who is eligible to receive the extra shot and at which time. The final step will be stamp approval by the CDC director.

But, whenever the vaccine releases, Pfizer’s booster will likely be first out of the gate.

Moreover, According to Dr. Anthony Faucithe, president’s chief medical adviser, it’s because Pfizer’s booster shot is similarly along within the FDA approval manner than the alternative two formulations.

What are different opinions?

President Joe Biden wants everyone in the U.S. to be eligible for booster shots, but the FDA committee voted for rejection as the whole data has not been completed yet. More data has to be collected before issuing boosters for the general public. Instead, the FDA recommended the booster for those aged 65 & more, including frontline and health care workers.

Meanwhile, the director-general of the WHO, Dr. Tedros Adhanom Ghebreyesus, has also appealed to imposed rejection on booster doses until each country can vaccinate at least 40% of its population. Earlier this month, Tedros said that he would not be silent when companies and governments that control the availability of vaccines around the world think that the world’s poorest people should be satisfied with the balance.

White House Press Secretary Jen Psaki has said many times that having enough boosters for the country, U.S. does not reduce the number of vaccines the U.S. supplies to other countries. In August, Psaki stated, “We feel that it’s a false choice and that we can do both.” Moreover, he added that the U.S. had donated more vaccines globally than all other countries combined.

On September 17, at a COVID-19 White House briefing, White House’s COVID 19 response coordinator, Mr. Jeffrey Zients, said that the U.S. has donated 140 million vaccine doses to almost 100 countries and had purchased 500 million Pfizer booster doses to contribute to the countries most in need to accelerate a global exit from the COVID 19 pandemic.

Is the Pfizer booster the same as the first two shots?

Yes. According to reports, its COVID-19’s Pfizer booster would be a third dose of the same vaccine you have got with the first two doses.

Separately, Pfizer is partnering with BioNTech on a version of the COVID-19 vaccine that targets the delta variant.

Where does one get a booster shot?

Boosters will be available at roughly eighty thousand places across the country, including over Forty thousand local pharmacies. Some 90% of USA citizens have a vaccine site within 5 miles of where they live, and getting a Pfizer dose will be just simple as getting the first dose of the COVID 19 vaccine. And the booster shot will be free too.

You can check Vaccines.gov to check which vaccines are available at your nearby places, or you can call 800-232-0233 for vaccine information.

That’s all for now. We will update you whenever the vaccine got approved. Till then, Stay tuned with The TeCake for the more latest news on COVID 19, tech, entertainment, celebrities.

The post Pfizer – the third dose, FDA rejected Pfizer’s dose for 3 reasons by Abbie Reynolds appeared first on The TeCake.