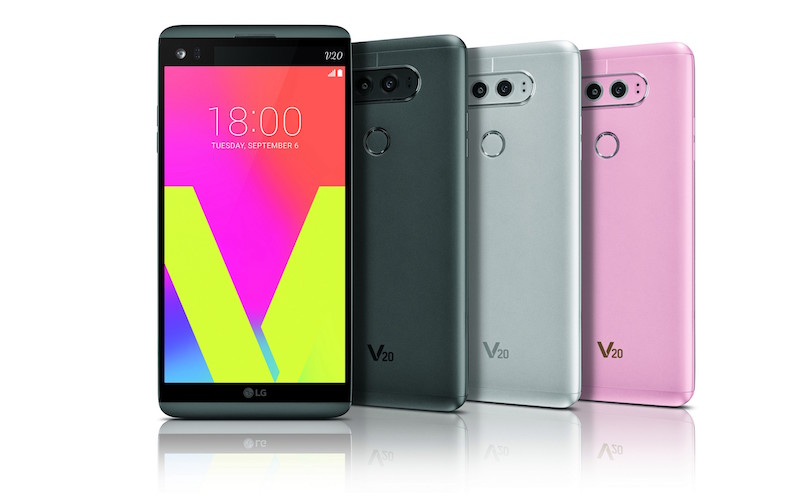 Back in September this year, the South Korean Conglomerate LG held a global debut of LG V20 in San Francisco, but unfortunately, the phone till now is outlying the Indian market. But nowadays, LG is rumoured to bring the LG V20 to India with a price tag of Rs. 49,990 soon. LG V20, the successor model of LG V10, is the first smartphone to equip Android 7.0 Nougat at the time of launch. Though the exact release date of LG V20 in India is still undisclosed, the rumours of its arrival in coming month are hitting the marketplace hard.

In terms of specifications, the LG V20 is one of the richest phones of global smartphone bazaar. Packed with a 5.7-inch IPS Quantum Display together with an additional secondary display, the phone equips 4GB of RAM and 32GB/64GB of internal storage which is expandable up to 256GB via micro-SD card slot. In respect to cameras, LG V20 is enriched with a dual-camera configuration in the rear part. A 135-degree 8MP lens paired with a 75-degree 16MP lens is placed in the rear part of the phone, while the front part of the phone sports a 120-degree 5MP wide-angle snapper for selfies.

On the software front, the LG V20 is powered by a quad-core Qualcomm MSM8996 Snapdragon 820 clocked at 2.15GHz. Running on Android 7.0 Nougat OS, LG V20 is backed by a 3200mAh battery. Among other features, this high-end smartphone features 32-bit Hi-Fi Quad DAC with the compatibility with FLAC, DSD, DIFF, and ALAC file formats, B&O PLAY speakers, and HD Audio Recorder. Though LG hasn’t confirmed any pricing details and availability date for its costly flagship in India, yet the LG V20 is whispered to knock the retail outlets of India at an initial price of Rs 49,990.