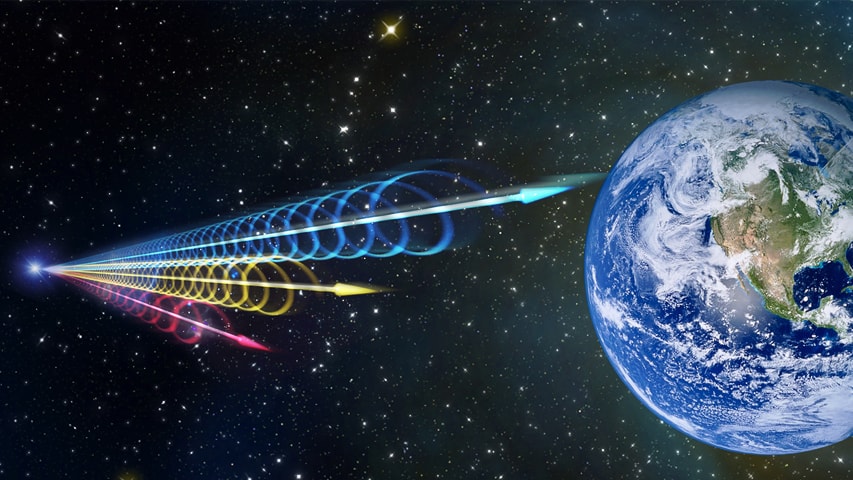 The mystery behind the radio bursts from distant cosmic space has been a matter of interest for space enthusiasts and scientists from all over the world. Recently, an international team of astronomers has advanced a step closer to solving this big question mark associated with the blasts that occur far away in the space. These bursts emit a significant amount of energy in a millisecond that is more than the total energy radiated by our sun in a single day.

Routine observation of the radio bursts provided an evidence of the presence of more than 10,000 bursts on a daily basis. Out of these 10,000, scientists could only determine one burst that was repeated in a sporadic fashion which was termed as FRB 121102. As per the reports of the study stated in the journal named Nature, the bursts seem to originate from a place with extreme environment. This environment could be a result of a highly magnetized region in the far expanse of dark space.

Now, such an extreme environment is only present around a huge black hole but that might not be an answer to these radio bursts. The scientists have speculated that these sounds could also come from the formation of a young star amidst a strong nebula or maybe even the remnant of a supernova.

A senior research associate in astronomy at Cornell University, Shami Chatterjee explained that this event is an exotic one. If these radio bursts occurred on the opposite side of our galaxy, it would have disrupted the radio signals on Earth with saturated levels of the signal on our smart devices. The event that is taking place far beyond in space causing the emission of these bursts is far too scary to be seen up close pertaining to the intensity of energy.

The very first radio bursts in space were discovered in the year 2007. With FRB 121102, the researchers are a step closer to understanding the intense environment in that part of the space. These bursts seem to have originated around a distance three billion light years far from our solar system. With a radio wave pulse greater than 500 times the fastest radio burst known to mankind, these sounds pass through the veil of a magnetized plasma located in that particular portion of the universe.

The FRB 121102 was detected back in the year 2014 by a postdoctoral researcher, Laura Spitler. She currently works at the Max Planck Institute for Radio Astronomy in Bonn, Germany. Upon calculating the duration of these mysterious bursts, the scientists found that each radio burst lasted around three one-thousandths of a single second. The latest data covering FRB 121102 was obtained from the telescopes located at the Green Bank Observatory of West Virginia and the Arecibo Observatory at Puerto Rico.

A professor of astronomy, James Cordes, at Cornell University stated that these telescopes used remote sensing to obtain data present three billion light years away from Earth. An in-depth study of these new found data shall allow the astronomers to provide a rather specific explanation about the neighboring environment of the source of these radio bursts and more specifically, the FRB 121102.

A new supermassive black hole in a distant galaxy ‘burps’ twice, says new study
A powerful tiny space telescope will scan nearby stars to see if they can support alien life