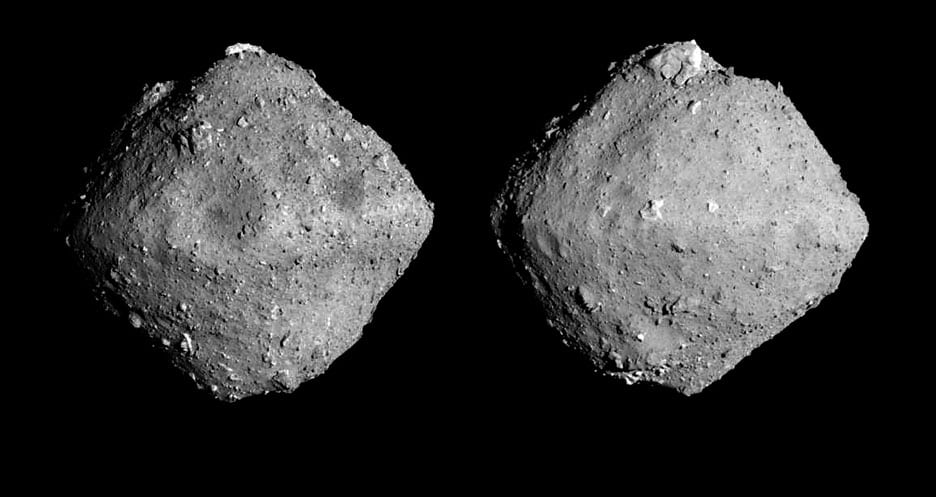 After traveling from almost four years after its launch on December 4, 2014, the Hayabusa2 which reached closeby its target Ryugu – an asteroid, and weeks of spiral circulations around the asteroid, Hayabusa2 released two tiny robots on its target on Thursday. The two robots were released on Thursday when Hayabusa2 spacecraft lowered at an altitude of 180 feet off the surface of the asteroid and confirmed on Saturday.

The robots touched down on the asteroid on Saturday after which, the spacecraft was lifted to an altitude of 12.5 miles or 20 kilometers. The two rovers collectively called as MINERVA-II1 or specifically MINERVA-II 1a and 1b have specialized instruments and equipment that will gauge data on the interactions between organic matter, minerals, and water found on the asteroid which is still in its primitive stage.

The Ryugu asteroid is a small diamond-shaped c-type asteroid which looks desolated n its surface, however, it is believed to have a trove of the treasure of primitive organic substances as well as minerals and much more. One of the rovers snapped a photo of Ryugu after it was from its mother-ship Hayabusa2 while another took photos showing a blurry image of both Hayabusa2 and Ryugu just as it was approaching the asteroid. One of the rovers has specialized four cameras while the another has three cameras that will snap photos of the surface as well as collect details about it.

Hayabusa2 spacecraft is currently at the altitude of 20 kilometers above the surface of the asteroid from where it will deploy a larger rover called MASCOT designed to impact on the asteroid to form a crater sometime in October next year. During this period, the rover will analyze the hole made and collect samples that will be picked up by Hayabusa2 which is expected to land on the surface at the end of October next year. This will probably end the mission after Hayabusa2 blasts off towards its last phase that is delivering the sample back to the Earth around late 2022.

Japan Space Agency (JAXA) which launched the Hayabusa2 mission as a follow-up mission to Hayabusa mission will get to study the sample once it is delivered back to the Earth sometime in late 2020.