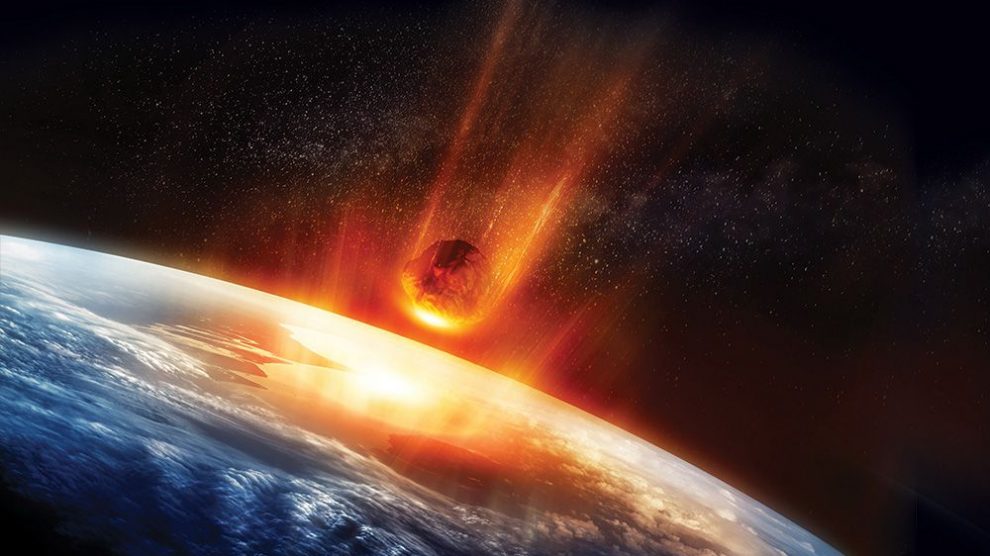 Business magnate Elon Musk is worried about the future of the earth and has warned that a huge asteroid will hit eventually as we have no protection system to prevent any asteroid-earth collision. SpaceX and Tesla founder issued the warning on Twitter after scientists at the NASA stated that the US space agency has started preparing for the upcoming potentially hazardous asteroid having very feeble chances of colliding with our planet.

“Great name! Wouldn’t worry about this particular one, but a big rock will hit Earth eventually & we currently have no defense,” wrote Elon Musk on Twitter.

As per the press release by the scientists at the National Aeronautics and Space Administration (NASA), an asteroid 99942 Apophis nicknamed ‘God of Chaos’  will make a close encounter with earth in 10 years.

“The Apophis close approach in 2029 will be an incredible opportunity for science,” said Marina Brozović, a radar scientist at NASA’s Jet Propulsion Laboratory in Pasadena, California, who works on radar observations of near-Earth objects (NEOs). “We’ll observe the asteroid with both optical and radar telescopes. With radar observations, we might be able to see surface details that are only a few meters in size.”

It’s rare for an asteroid of this size to pass by Earth so close. Although scientists have spotted small asteroids, on the order of 5-10 meters, flying by Earth at a similar distance, asteroids the size of Apophis are far fewer in number and so do not pass this close to Earth as often.

The asteroid, looking like a moving star-like point of light, will first become visible to the naked eye in the night sky over the Southern Hemisphere, flying above Earth from the east coast to the west coast of Australia. It will be mid-morning on the East Coast of the United States when Apophis is above Australia. It will then cross the Indian Ocean, and by the afternoon in the eastern U.S. it will have crossed the equator, still moving west, above Africa. At closest approach, just before 6 p.m. EDT, Apophis will be over the Atlantic Ocean – and it will move so fast that it will cross the Atlantic in just an hour. By 7 p.m. EDT, the asteroid will have crossed over the United States.

A team of astronomers at the Kitt Peak National Observatory discovered Apophis in June 2004. The astronomers were only able to detect the asteroid for two days before technical and weather issues prevented further observations. Luckily, another team rediscovered the asteroid at the Siding Spring Survey in Australia later that year. The observations caused quite a stir – initial orbital calculations revealed that the asteroid had a 2.7% chance of impacting Earth in 2029. Fortunately, additional observations completely ruled out that possibility.

Since its discovery, optical and radar telescopes have tracked Apophis as it continues on its orbit around the Sun, so we know its future trajectory quite well. Current calculations show that Apophis still has a small chance of impacting Earth, less than 1 in 100,000 many decades from now, but future measurements of its position can be expected to rule out any possible impacts.

The most important observations of Apophis will occur in 2029, when asteroid scientists around the world will have an opportunity to conduct a close-up study of the Apophis’ size, shape, composition and possibly even its interior.

At the conference, scientists will discuss questions like “How will Earth’s gravity affect the asteroid as it passes by?,” “Can we use Apophis’ flyby to learn about an asteroid’s interior?” and “Should we send a spacecraft mission to Apophis?”

“We already know that the close encounter with Earth will change Apophis’ orbit, but our models also show the close approach could change the way this asteroid spins, and it is possible that there will be some surface changes, like small avalanches,” said Davide Farnocchia, an astronomer at JPL’s Center for Near Earth Objects Studies (CNEOS), who is co-chairing the April 30 session on Apophis with Brozović.

“Apophis is a representative of about 2,000 currently known Potentially Hazardous Asteroids (PHAs),” said Paul Chodas, director of CNEOS. “By observing Apophis during its 2029 flyby, we will gain important scientific knowledge that could one day be used for planetary defense.”

Ever Wonder! Our Moon is brighter than the Sun
Top 5 Corporate Rakhi Gifts Ideas To Give Your Sister on Rakhi