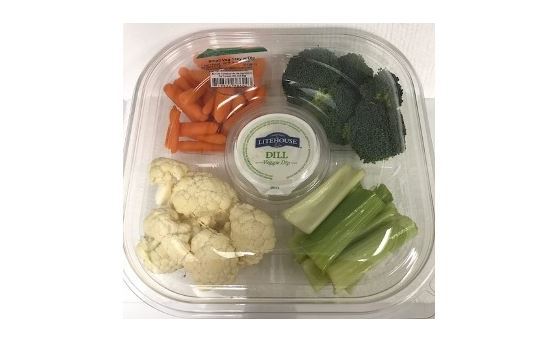 The US Centers for Disease Control and Prevention reported on Thursday 5th July about an attack of cyclosporiasis that has sickened near about two hundred twelve people in around 4 states since the month of May. Out of the affected people, seven have reportedly been hospitalized.

This outbreak has been associated with Del Monte vegetable trays that consist of carrots, cauliflower, fresh broccoli, celery sticks, and dill dip. The trays were offered in three sizes- 6 ounces, twelve ounces, and twenty-eight ounces. These trays, which were issued on 15th June came with a packaging of transparent plastic clamshell. The trays were marked with a “Best if used by” date that was 17th June 2018. These were reportedly sold at Kwik Star, Kwik Trip, Demond’s, Potash, Sentry, Meehan’s, FoodMax Supermarket, Peapod, and Country Market stores at Minnesota, Iowa, Wisconsin, Indiana, Illinois, and Michigan.

Illnesses have been reported in Michigan, Iowa, Minnesota, and Wisconsin. The US Food and Drug Administration, said in a statement, “The two cases from Michigan reportedly purchased the vegetable tray in Wisconsin and therefore Michigan is not impacted from this outbreak.”

Cyclosporiasis is actually an infection that affects the intestine and is brought around by the “cyclospora parasite.” People acquire the infection when they consume water or food contaminated by the parasite. The state and federal health officials are now analyzing as to which item in the food tray was contaminated.

According to the Centers for Disease Control, the symptoms of the illness are- frequent bowel movements and diarrhea. The infected people could even face weight loss, loss of appetite, stomach pain or cramps, gas, nausea, and fatigue. Other symptoms include- a headache, vomiting, fever, and body aches. The patients could be treated using antibiotics. The patients who are reportedly suffering from the disease at the present are aged between thirteen and seventy-nine.

The healthcare providers have been directed to examine the patients suffering from diarrhea, which continues for more than some days or the patients suffering from diarrhea who also are facing a loss of appetite and fatigue. CDC stated, “Health care providers should promptly report cases so that public health can investigate them and attempt to determine the source in order to head off future cases.”