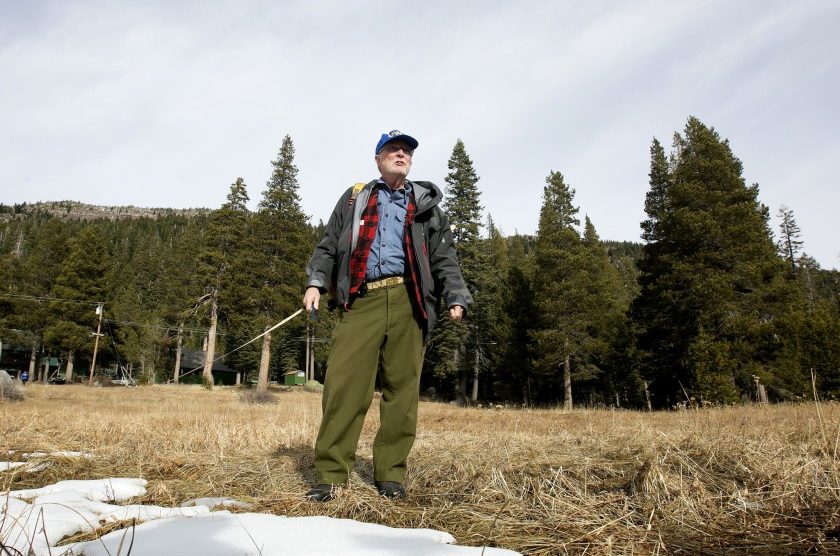 According to a farmer in the foothills of the Sierra Nevada, climate change is everywhere. The summer temperatures have increased than before. The sky is filled with smoke from nearby wildfires, obscuring the sun. The farmer’s mandarin trees are being sprinkled with light ash. The most concerning factor is that the water needed for his farmland has become scared. He grew up picking and pruning every weekend. But now, he is scared to encourage his sons to take up farming.

He said that the uncertainty of water is making them difficult to run the family business of farming. There are 4 or 5 things that could kill their business. If they have sufficient water, they can work on others. But if water is not there, trees will die. This region is called America’s fruit basket, where roughly one-quarter of the nation’s food is produced. But now, severe drought can be seen. Rivers have turned into sandy lines on Map. Many irrigational canals have been built, and so much water has been pulled from underground that now, in some areas, the underground water is shrinking. According to the US Drought Monitor, most of the Central Valley is affected by severe drought.

These realities have made the area politically unique. Few congressional districts are more impacted by climate change than California’s 21st, a sweep of farmland from Bakersfield to Fresno that has become one of the most contested districts in recent history. The district is over 70% Hispanic-backed, Joe Biden, over Donald Trump by nearly 11 percentage points in 2020. David Valadao (Republican Rep) currently represents the area. It makes the district the most Democratic to be represented by a Republican in Congress. David is in a constant fight to keep his seat.

David thinks that the climate is changing and admitted that his party could do more to deal with the issue. He also shared that drought has been a common problem for a long in the Central Valley. The nearby fires are intense because of how the forest is managed, not necessarily because of climate change. David said they always had drier and wetter years and are sure that climate change will affect the long run.

Republicans and Democrats throughout the Central Valley accepted that water is the main issue there. Now the problem is how to solve the issue that divides the parties. David has primarily focused on how to mitigate the water issues. He stressed the need to renew the Water Infrastructure Improvements for the Nation Act. It is a bill that addresses the water issues and increases the storage f surface water spends the needed money. Like him, many of his Republican colleagues in the district also blame strict environmental policies regulating endangered fish in the California Delta for part of the water issues. As a congressman, David deals with water issues constantly. 30 to 40% of questions revolve around the water whenever he has a tele-town hall.

Politically little attention is given to Central Valley as compared to South California and Bay Area. The infrastructure hasn’t changed. The central valley is on the losing side for many things. Many efforts have been made for years to make people explain that water is essential as food, and it takes people and communities to grow that. But nothing has changed. Farmers want more water storage. In the Central Valley, along the highways, large signs can be seen, which indicates the lack of action by the federal and state governments.

David is trying to get more amendments dealing with water into the infrastructure bill currently debated in Congress. The current account has somewhere around $40 billion for water infrastructure. David said it is not enough, and he has not decided yet to support it on the final passage. According to him, two things can be done, like the more innovative policy to manage water with existing infrastructure and grow the infrastructure.

The impacts in California have been dramatic. Across the state, reservoirs are running low, threatening the surface water that can be used by farmers and the hydroelectric energy that flows directly to the state’s major cities. In August in California, it was voted by the board regulators that oversees water allocations halt diversions from the Sacramento-San Joaquin Delta. It will be a significant step that will directly impact those using water for agriculture. The government has asked residents to cut their water usage by 15% in response to the drought.

In much of the Western US, the drought is gripping; these issues are far from unique to just California. Across the country, water authorities have to take action to protect water. In August, the federal government declared water shortage on the Colorado River for the 1st time and made water consumption cuts mandatory in the Southwest.

The slightest shift in water impacts every person in the community. Farmers are forced to grow different crops and the farmworker whose well gets contaminated. The city officials are worried about the economic impact and stability of their municipality well. All of these are related to climate change. On the matter related to drought and water, it is essential to acknowledge climate change. The impact of drought has to be reduced, and at the same time government also will have to find out what is causing the drought. This starts with acknowledging the impacts of climate change.

Water is a constant concern in the region where David lives. In recent years, surface water has been so scarce that towns and farmers depend on groundwater. The water is pumped from deep underground, a reliable plan for years for dry years in the Central Valley. So many dry years are coming back to back, many wells are drying up. Now the situation is such that the farmer workers in the district are spending their days working on water-starved farms and are coming home to concerns about contaminated water.

Complex reactions were found by scientists who have studied the impacts on farmworkers in the Central Valley. They have discovered that water concerns are deep; many feel air quality and heat are equally concerning. The farmers who have been working in the field for decades have felt the heat rise, and the air quality diminishes. All this is because of climate change. The United Farm Workers has also criticized David for focusing more on the drought’s impact on farmers and less on their workers. According to the United Farm Workers, he has not talked to workers about the water policies. The workers are the people who live in communities facing the severe effects of climate change.

Climate change is making the events that are seen today more extreme and for a longer duration. Mother nature is not happy with humans, and urgent action is needed.

The post Climate change and politics in one part of California! by Mike Butcher appeared first on The TeCake.

Scientists have found a reason for Gamma-ray!
Gut microbiome play an essential role in weight loss!