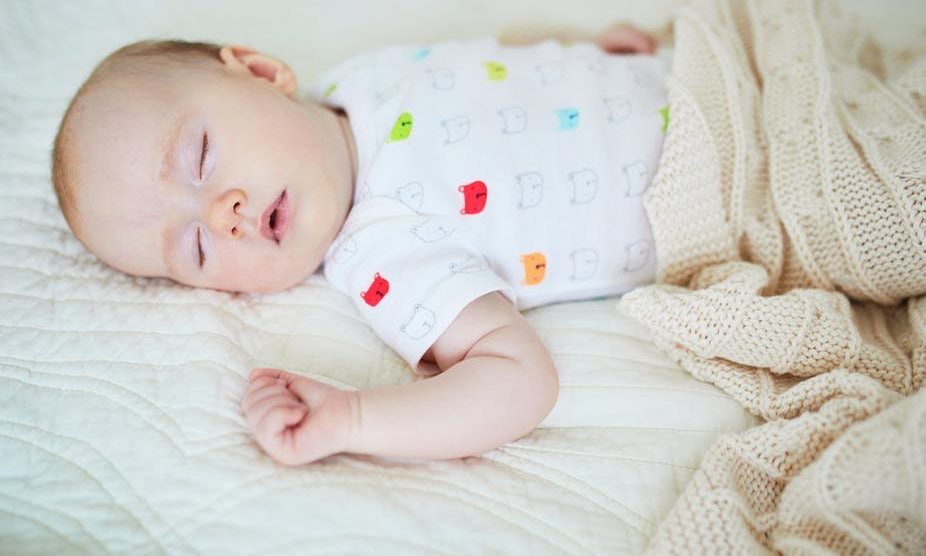 Mothers are generally advised to feed their babies with breast milk until six months. However, a new study conducted by a team of researchers in Britain has brought to light that the babies who consume solid foods along with breast milk starting from three months usually tend to sleep better in comparison to the babies who consume only breast milk until six months of age. Although this practice does not result in completely uninterrupted sleep during nights, yet it improves the regular sleep patterns of the babies.

As a part of this study, the researchers took one thousand three hundred three babies in England and Wales as subjects. They analyzed these babies over the period of 2009 to 2012. The babies were divided into two groups. The mothers of the babies in one of the groups were asked to give the infants solids like wheat or white fish before 6 months whereas the mothers of the babies in the other group were asked to feed only breast milk.

The results inferred from this study pointed out that the infants who began consuming solid foods earlier slept for a longer duration of time. The number of times they generally used to wake up during the nights also reduced (dropped from 2.01 up to around 1.74 times/night). Although the impact was slight, yet it was well notable. By six months, the overall sleep duration also increased by sixteen minutes every night.

The study report stated, “In a randomized clinical trial, the early introduction of solids into the infant’s diet was associated with longer sleep duration, less frequent waking at night, and a reduction in reported very serious sleep problems.”

The study’s senior author, Dr. Gideon Lack, said in a statement, one of the most essential observations of the study was “more than 50 percent reduction in the number of families reporting severe sleep disturbances in their babies.” Further, Lack, the Head of the Department of Pediatric Allergy at King’s College London, said, “Lack of sleep can be pretty devastating for babies and their families.”

All the observations of this new study have been published in the JAMA Pediatrics on Monday 9th July.

A woman infects others with the Ebola Virus for the first time, doctors
Doctor burnout results in major medical mistakes