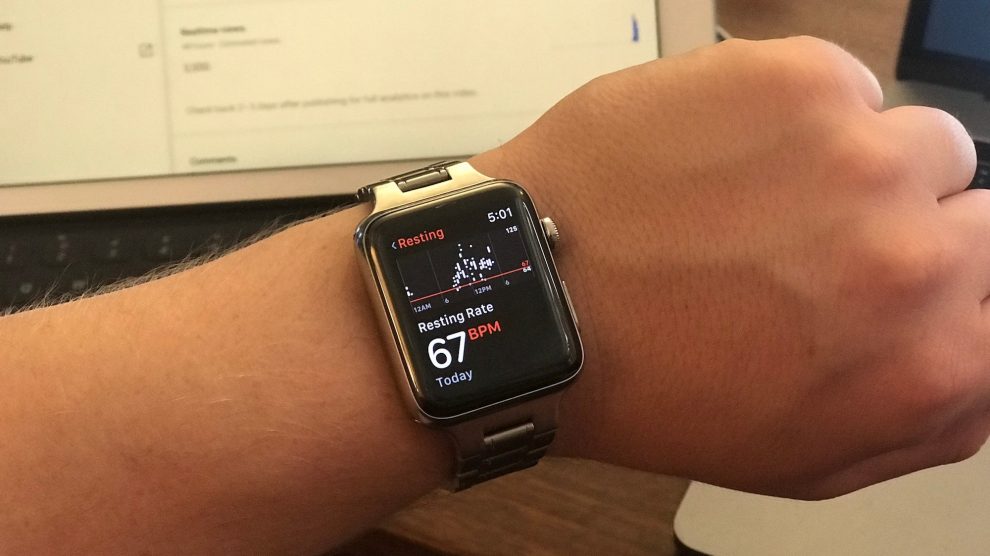 Apple is digging deep inside the $3 trillion healthcare industry with its line of Apple Watch. With the launch of the new Apple Watch Series 4, Apple has joint hands with medical device company Zimmer Biomet in order to study patients who have undergone knee and hip replacement surgeries trying to assess their condition, care and their journey to recovery where all the data is stored in the app called mymobility which is a joint effort between the two.

The mymobility app tends to provide instructions, exercises, and tips before and after the respective surgery as well as track steps and heartbeat and other variables and provide a safe messaging platform between the patients and the doctors. The app works with Apple Watch paired with iPhone and enables the doctors to check and analyze the data captured during a said period. The objective of the study is to understand how and why some patients who underwent the surgery recovery faster than others. A similar study by Apple’s rival Fitbit drew out a conclusion that ‘1,000 steps a day’ is a magical figure which has enabled people attaining the said target to have a faster recovery as opposed to those who fall short of it.

Jeff Williams, COO at Apple, stated that the access to data provided by the app through Apple Watch provides doctors to seamlessly participate in the recovery process which wasn’t possible earlier unless it is frequented with in-patient visits.

Apple along with Zimmer Biomet are working on one of the largest clinical studies in the orthopedic segment where 10,000 people will participate in the study. Apple will provide Apple Watches for those participants who don’t have one until the study is over. The app associated with the study will be available for these participants only, however, once the study concludes successful, Apple would roll out the app and the associated tools for all the Apple Watch users.

Apple recently got the EKG sensor mounted on its Apple Watch approved from FDA. Last year, Apple conducted a study with Stanford University that was aimed towards determining people with irregular heartbeats which could be a sign of a condition called atrial fibrillation and the same feature is available with the latest Apple Watch Series 4 too. Apple also donated 1000 units of Apple Watch to the University of North Carolina to study eating disorder or binge eating.

Apple is trying to tap the potential of the multi-trillion dollars industry which is booming. Citing the aging of the population, the figures representing the people getting knee and hip replacement surgeries is bound to increase. Thus, Apple Watch along with mymobility app in partnership with Zimmer Biomet could prove instrumental in the care and recovery of the patients. Apple is also working forward to spot signs of Parkinson’s disease and signs of stroke using its ResearchKit platform that comes with Apple Watch.