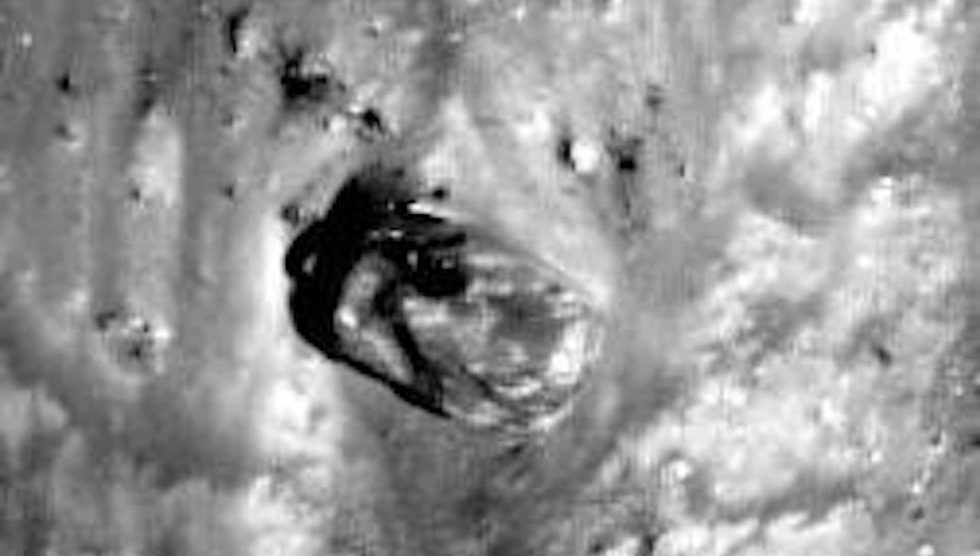 Conspiracy theorists claim that aliens are preparing for with us in near future. The stunning claim was made after a Youtuber posted a video that shows alleged alien tank present on Moon. The alien hunter claims that aliens do live on the lunar surface and monitor our activities. Also, the new find of an alien tank is a proof that they are preparing for war with us in near future.

Youtuber SecureTeam10 that constantly uploads videos on UFO sightings and alien findings, has released a new video where he shows the ancient tank while examining the image captured by NASA observatory. The uploader has zoomed the image and enhanced its color to increase the viewability of the image. One can clearly see an object that appears like a tank from the top view and has a big nozel to fire the shot.

“It very well could be just an oddly shaped boulder, but I want you guys to notice the artificial nature of it. If look at an actual tank from a bird’s eye view, you’ll see the tank and the turret on top, and this exhibits very similar features to the tanks that we see on Earth,” said the YouTuber.

The video soon became viral on social media and has received nearly one million views on the YouTube itself. The video also became popular on other social media platforms including Facebook and Twitter, receiving thousands of shares, likes, and retweets.

Some conspiracy theorists claimed that aliens secretly monitor our activities from Moon and they are preparing for war with us. Some claimed that aliens are not yet ready to war with us and they are still building an army and will soon attack to capture the resources on Earth at the right time. They warned concerned authorities and officials to find a way to defend us in future when aliens attack Earth.

Previously, alien hunters have discovered alien face resting near alien base located on the Copernicus Crater, two missiles in military formation on Moon, Circular UFO on Moon, Alien missile or UFO on Moon during Apollo 11 mission, and several other mysterious objects that suggest aliens do live.

More importantly, November 14, 2016., witnessed the largest supermoon in 69 years which was a delight to watch for everyone as the moon appeared 15 percent brighter and bigger. Meanwhile, alien hunters spotted UFO flying in front of the supermoon.

Also, a UFO researcher claimed that he has seen a mysterious UFO-like object on the lunar surface. The Ufologist got hold of this strange thing on the lunar surface while analyzing a NASA image captured by the space agency’s Lunar Orbiter 3 spacecraft.

“The world really needs some billionaire to launch a public lunar orbiter, with modern imaging hardware, and downlinks not controlled by governments/agencies which are funded by governments,” mentioned Silverbackplays. StreetCap1 one informed that the alleged object might be a UFO parked on the lunar surface. The object is bullet-shaped and has wings. The shape of the object is not consistent with the wreckage found at the bottom of the crater.

Watch the video of an alien tank on Moon