Why Ryse: Son of Rome Will Be Released on PS4?

Last month Crytek affirmed that Ryse: Son of Rome will be back to gaming PCs with much enhanced graphical effects as high-resolution textures, 4K support, and shadow effects. The choice to take Ryse to PC is quite interesting to us. Crytek has experienced layoffs in the previous few months and certainly, they will want to regain some of the funds back.

Therefore, releasing Ryse on PS4, a console that has sold over 10M units by leading the new console cycle, could have made more sense. Crytek’s boss Cevat declared that they are unhappy with the sales figure of Xbox One. Ryse is Crytek’s IP, then why is the developer isn’t bringing the game to the PS4?

What was the response?

The game’s return on PC is a linear response to the interest of gamers. The PC community, and Crytek fans, came out to us and requested it. We feel the growing public appetite for 4K experiences makes this the perfect moment to make it to PC.

The decision was logical to us (to bring RYSE to PC), not only did it enable us to respond straight to our fans, but it was a chance for us to show off an aspect of what CRYENGINE is able of. Play Station 4 has gained a huge user base in a short time. CRYTEK will also generate titles for it shortly, such as HUNT: Horrors of the Gilded Age. Presently, there is no disclosure regarding Ryse: Son of Rome coming to PS4.

Why Ryse: Son of Rome has not happened yet? 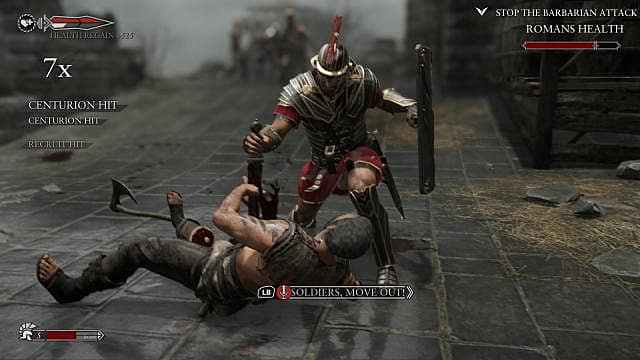 We know that it is easy to port games between Xbox One and PC as both of them use DirectX. Due to financial struggles, Crytek does not have the supplies to port the game over. It was a deal with Microsoft to make it independent, but that likely has terminated now since the game was launched back on PC on Friday.

Maybe when a few of Crytek’s additional projects launch they have sufficient money to port over to PS4. It will not be any direct port but suspect some sort of Director’s Cut or package that includes all the DLC. Pushing it on the PS4 before the release of a sequel sounds a great idea.
Once Crytek gets all resources, there will be too much money on the table not to put Ryse on PS4 in some or other form.

Also Read: Will Kratos die in God of War 5? Release Date, Story, and All you should know